At their family winery near the village of Greenock in the Barossa Valley, brothers Troy and Tony Kalleske produce a small but perfectly-formed range of wines from Shiraz and Grenache grapes. Grapes are all grown biodynamically, with no pesticides or herbicides, from very old vines with a minimum age of 30 years. This combination of natural grape-growing and old vines gives incredible flavour complexity and concentration in the wines; the real taste of the Barossa!

In the winery, grapes are fermented in open top fermenters which allows gentle extraction of fruit and colour, then basket-pressed and matured for 2 years in seasoned oak barrels, giving them excellent structure, complexity and staying power.

Kalleske’s wines were “one of the greatest revelations of my (Robert Parker’s) Australian tastings” and have won much positive acclaim. Pirathon Shiraz 2007 won the International Wine Challenge Shiraz Trophy in 2009 and Clarry’s Grenache 2009 was recently awarded 94 points by James Halliday MW. 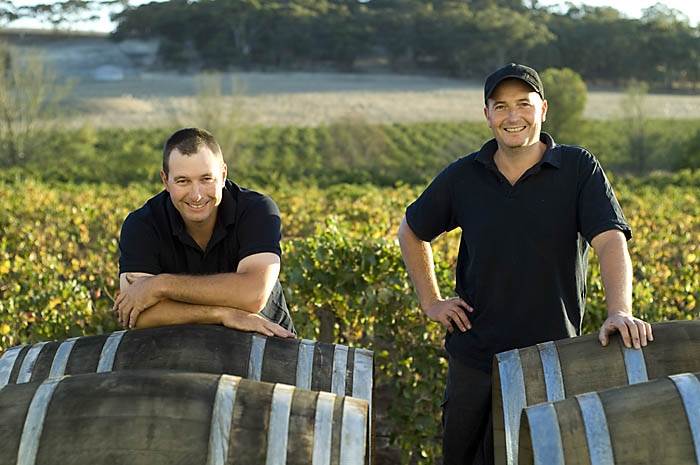