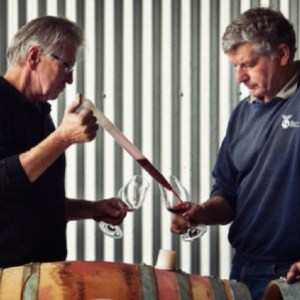 I thought I would be treating the team to a stunning white burgundy when I opened a couple of bottles of Coche-Dury Meursault 2010 for our recent Christmas dinner. But actually the wine
was decidedly lacklustre – both bottles. I was so disappointed and surprised that when a fellow Master of Wine came to dinner the following night, I opened a Bourgogne Blanc 2011 from the same, hugely admired producer. It was certainly more exciting than the 2010 village wine, and displayed some of the tension for which Coche wines have become famous, but when I also poured some Dog Point Chardonnay 2016 left over from a few nights previously we agreed it was the more exciting wine. And, with its light reduction/struck match whiff, it was very similar in some respects to how many of us remember the Coche-Dury wines of the first decade of this century. Except of course for the price.

Jean-François and Odile handed over the day-to-day running of the domaine to Raphaël and Charlene Coche some time ago but the whole family live together on the outskirts of Meursault in the most modest way. Their hardworking life seems light years away from the sort of luxury prices their wines command. Wine-searcher.com suggests an average price of about £200 a bottle for that supposedly modest Bourgogne Blanc, and more than £500 for each of those bottles of Meursault 2010. (All three bottles had been in my cellar for many years before you wonder whether provenance or storage conditions could have been at fault.)

Compare and contrast with the prices quoted above for a bottle of Dog Point Chardonnay. I’m not making any specific claims for the longevity of the New Zealand wine – although my very favourite Kiwi Chardonnays have a proven record of ageability – see Kumeu River Chardonnay vertical bonanza. I just don’t have personal experience of Dog Point Chardonnay with many years’ bottle age. I noticed, however, while gathering prices around the world for the 2015 and 2016 vintages of this well-distributed wine that many countries, especially Japan, have pretty mature vintages still on sale, and would suggest it might well be worth trying a bottle.

I have chosen to recommend specifically the 2016 and 2015 vintages because they are the only two I have tasted recently, but I tasted the 2014 at the end of last June and thought, with its particularly high charge of acidity, it still needed more time – so you might like to try a bottle of that vintage too.

For my money, the 2016 Chardonnay is an absolutely thrilling drink – and perhaps it is no coincidence that this year’s Dog Point releases – the 2016 Chardonnay, 2016 Pinot Noir, 2016 Section 94 oaked Sauvignon and 2018 Sauvignon Blanc – are the first that are all certified organic.

My tasting note on the 2016 Chardonnay: ‘Definitely not shying away from matchstick on the nose, but it costs one heck of a lot less than a Coche wine. Very crystalline with good fruit focus on the mid palate. Very far from sweet. Crisp and rewarding. Great balance and fans out on the finish.’ I gave it 17 points out of 20 and suggest drinking it 2018–23.

The 2015 is not quite as vibrant but has the advantage of a little more evolution. My tasting note on the 2015 Chardonnay, which seems to be in more general distribution so far than the 2016 which so far is mainly in Australia and New Zealand: ‘Lightly reductive matchstick on the nose. Salty fruit on the palate and very well modulated. Without the sheer intensity and drama of the 2016 but arguably more burgundian in its slight timidity. Definitely dry rather than sweet. Definitely at peak. Very refined.’ I gave it 16.5 points out of 20 and suggest drinking it 2016–19.

Dog Point is one of the most admirable of the more than 500(!) grape growers in Marlborough (and, to judge from this picture, the birds find their grapes pretty irresistible too). It was founded by James Healy (left in the picture above) of the original Cloudy Bay team and Ivan Sutherland (right), one of Cloudy Bay’s original grape growers, plus respective wives Margaret and Wendy, and produces only estate-grown wines. They began instituting organic practices back in 2009 and you can read all about this particularly well-run estate on their website. I see Dog Point’s brilliant oaked Sauvignon Section 94 2002 was a wine of the week back in 2004. Of course, this being Marlborough, Sauvignon Blanc is extremely important to Dog Point, but I hope that the exceptional quality of some Kiwi Chardonnays will not be overlooked in a country, nearly 90% of whose wine exports, and more than 60% of whose vineyards, are devoted to a single grape variety, Sauvignon Blanc.

The 2015 and/or 2016 are available in the UK, US, NZ, Australia, Germany, Belgium, Switzerland, France, Denmark, Norway, Russia, HK, Canada and Singapore, with older vintages still notably on sale in Japan and Taiwan. Dog Point say the 2016 has just landed in the UK and they expect the following to be changing vintage very soon: Berry Bros & Rudd, Fortnum & Mason, Woodwinters and Cambridge Wine Merchants. The Wine Society also expect to be listing the 2016 at £21 next month. (Their 2015 is sold out.) The US importer is Vintus of Pleasantville, NY.

Unique and exotic – vintage Madeiras from D’Oliveiras!
Scroll to top