MY TRIP TO BEAUJOLAIS

Burgundy is on a roll right now. Prices have been rising consistently in the prestigious Côte d’Or for the past 5-10 years and the region’s top producers have become investment “must haves” for rich wine collectors all round the world.
But quietly, almost unnoticed, Beaujolais – just to the south of the Burgundy – has been going through a quality transformation of its own. The days of the 1970s and 1980s when the region was famous only for mass-produced, simple quality Beaujolais Nouveau have long gone. Now Beaujolais is home to a myriad of small, artisanal producers producing exciting, high quality red wines which perfectly express this beautiful region’s different terroirs.

How does Beaujolais taste?

Red Beaujolais is made from one grape – Gamay – just as Red Burgundy is made from only Pinot Noir. The region’s wines are fresh, relatively light in body and alcohol, pure, vibrant and fruity – wines you want to drink, not just taste! And like Pinot Noir, Gamay grapes are very sensitive to climate and terroir – providing a fascinating diversity of wine styles according to the vintage and appellation.

Generic Beaujolais and slightly higher quality Beaujolais Villages still represent by far the most important volumes of wine produced in this region. But it is in the 10 higher quality “crus” in the hilly centre and north of the region where the most interesting wines can be found. Each cru has its own personality and style depending on its geography and soil type, ranging from the lighter, more floral, summer-fruit-flavoured wines such as Fleurie and St Amour in the north, to fuller bodied, darker-fruited, more structured and ageworthy wines from the granite soils of Moulin à Vent, schist of Morgon and volcanic soils of Brouilly further south.
Unlike in Burgundy, most grapes in Beaujolais are grown on self-standing bush vines with very short trunks (known as “gobelet bas”), which protects them from the strong Mistral winds which blow up from the south. These bush vines have to be hand harvested, which helps give them a much longer life span than vines which are harvested by machine. When they are young, Gamay vines produce very high quantities of grapes per plant, but as they get older their yields reduce significantly. It is when the vines reach the age of 50 that they start producing seriously interesting wines, with more depth of fruit, expression of terroir and silky smooth mouthfeel. The most exciting wines in Beaujolais come from these wonderful older vines, many of them well over 80 years of age!

The potential of Beaujolais is not just in its old vines and special terroirs however. It is in its winemakers and their unpretentious, thoughtful and sustainable approach to producing wine. It was in Morgon in the 1980s that the “natural wine” movement first began – a small group of producers who believed that wines are best able to express their terroirs if no chemicals are used in the vineyards or winemaking process. Today Beaujolais is home to a higher proportion of natural and biodynamic wine producers than any other wine region in the world – producing vibrant, mineral, complex Gamays which are every bit as interesting as most Red Burgundies, and a lot cheaper!
The time has truly come to give the wines of this underrated region another chance. You might never look back! 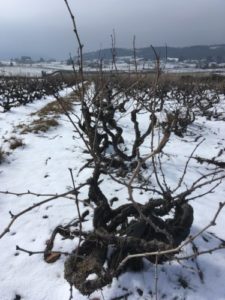 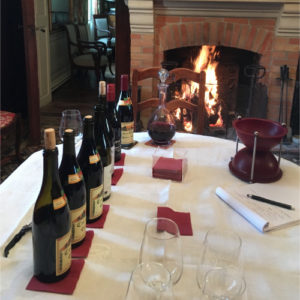 Can Primitivo age?
Scroll to top